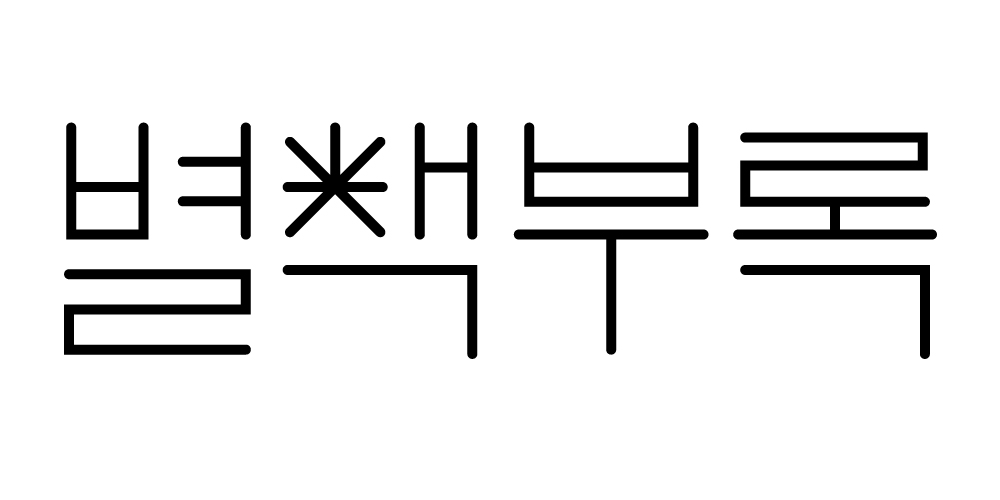 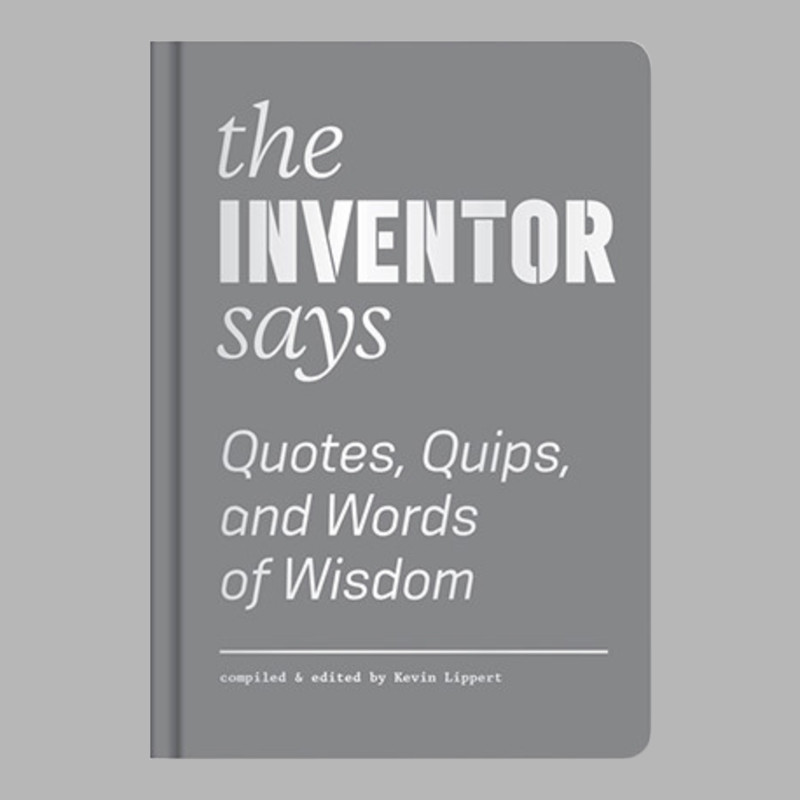 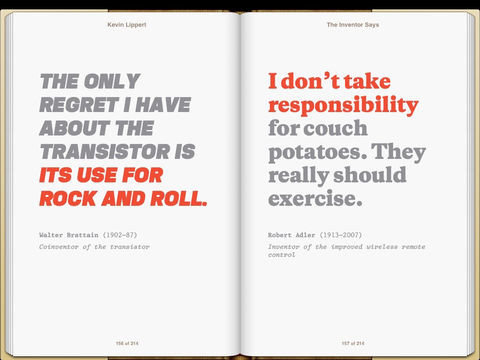 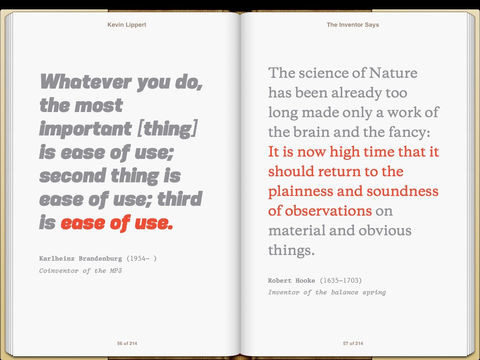 The sixth in our popular Words of Wisdom series, The Inventor Says invites readers to a gathering of history's most brilliant creative minds, where inventors past and present jostle, compete, contradict, and compliment each other. Groundbreakers such as Leonardo da Vinci, Benjamin Franklin, Henry Ford, Ada Lovelace, the Wright Brothers, and Sejong the Great converse with the twentieth century's most ingenious tinkerers and thinkers, from Buckminster Fuller, Ruth Handler (creator of the Barbie doll), Nikola Tesla (who cuts Thomas Edison down to size for his lack of scientific discipline), and Apple's Steve Wozniak to contemporary figures like Lisa Seacat DeLuca, IBM's most prolific female inventor.

These intrepid innovators discuss their childhood, inspirations, working habits, failure as a productive stage in the creative process, and much more, in a collection that will inspire readers to hatch a few brilliant ideas of their own. As Edwin Land advised: "Don't undertake a project unless it is manifestly important and nearly impossible."